Hello! My name is Sydney and I live full-time on the road in a 2017 Ford Transit camper van conversion. It has a high roof that allows me to stand up and walk around inside. It’s also the 148” wheelbase model, meaning it’s the shorter “standard” version. When I purchased the van, it had roughly 70,000 miles on it and currently has 103,000. Before the Ford Transit I lived in a 2011 Mercedes Sprinter camper van for 9 months, so I’ve had experience with two very different van homes.

I knew the second time around that I wanted something different, so I started researching what van would be the best fit for me. The Transit got my attention because I grew up with Ford vehicles, so I already knew maintenance would be a breeze versus the Sprinter. The price was roughly in the same ballpark, but I could get a newer Transit with less miles for the same amount.

I started searching for a Ford Transit in the Midwest, but I quickly realized that I would have much better luck expanding the search nationwide. There are places in the country that simply have way more Transits for a variety of reasons, which makes the price lower than somewhere with very few. Atlanta had a ton of high roof Transits and the prices were right in my budget. So I found several at a Ford dealership on CarGurus and flew to ATL. My van was among the few that I looked at that day and I drove it home!

If I would’ve bought one in the Midwest, I likely would have paid a few thousand dollars more for the same van. I highly recommend searching nationwide versus your local area. I’ve been in this van now for a little over a year and I absolutely love it!

A Few of My Favorite Things About the Transit

The Ford Transit body has a more square shape than the Mercedes Sprinter, which leads to a much easier van conversion process. When you’re custom-building cabinetry and other components, working with a square is so convenient versus working with something rounded. Figuring out measurements will take way less time with sharper corners and flatter walls.

Admittedly, the Ram Promaster is the most square option, while the Transit is essentially in between the roundness of a Sprinter and the perfectly square Promaster.

Before insulating and putting in the ceiling, the high roof Transit is about 6’7”. After my build, it’s still 6’4” which doesn’t just allow for a little headspace – it really opens the space up and makes it feel like I’m in a regular room.

The width is also really helpful because it’s about 67” wide. Anyone who is a little shorter (I’m 5’10”) can sleep width-wise instead of length-wise, saving A TON of space for the rest of your build. I sleep lengthwise, but my kitchen counters are about 5 inches wider in the Transit than they were in the Sprinter.

2. Any Mechanic In Any Town Can Work On It

My number one reason and all time favorite thing about my van is that any mechanic in the country can work on it. If I break down or need maintenance/repairs, I can take it to the nearest mechanic. This was my biggest issue with the Sprinter because they are ALL Mercedes-made, which means you have to take it to a Mercedes dealership or Sprinter-certified mechanic.

I travel to all corners of the country and I’m constantly in really small towns where those things are not available. I had to tow my Sprinter hours away a couple times to the closest place that could work on it. Knowing that I will never have that issue with my Transit gives me a huge peace of mind.

3. Parts and Maintenance are Extremely Inexpensive

Going along with repairs and mechanics, the parts on a Ford vehicle are really cheap. They are easily accessible and inexpensive. The parts for my Sprinter had to come from overseas, which means it took weeks to come in and they were expensive. I can’t tell you how much less anxious I am knowing that I will never have that problem again.

Regular maintenance on my Ford Transit camper van is like a normal car. There’s no fancy list(s) of things that I have to constantly keep my eye on or make sure are always in working order. I get my oil changed and have them give it a once over when I do. All set? Sweet.

I mentioned this briefly at the beginning, but I was really happy that I was able to get a Ford Transit at a newer year with less miles for only slightly more than my first van. Ford just started making Transits in the United States, so you can’t find any older than roughly a 2015. But you can find Sprinters from 2004.

I opted to spend a little more upfront with the ability to finance my van and most likely have fewer problems on the road, versus paying less upfront for an old Sprinter and having mechanical problems that you cannot finance.

A Few Things I’m Not So Crazy About

1. The Gas Mileage Could Be Better

I typically get about 15-17 mpg depending on where I’m driving. Sometimes if I’m on a windy road, it feels like someone has cut a hole in my gas tank and it’s literally just spilling out. Watching it go down so quickly has put me in some hairy situations (letting myself get too close to running out) but never caused an actual problem.

It does have a menu on the dash which will tell you exactly how many miles until empty you have. The weight of your build can also affect this and my build is mostly wood. So it’s pretty heavy and it makes sense that going uphill would drain it quickly.

2. Diesel Was My Jam

The Ford Transit has regular gas while my Mercedes Sprinter had diesel. This was really nice for my gas mileage in the Sprinter and it definitely lasted longer with a full tank. I believe the Transit can come with diesel so you do have that option, but they are pretty rare and not so easy to find. But I can go to Mexico with regular gas and not risk ruining my diesel engine, so ha ha.

Not that I could afford this anyway, but it would be nice to have as an option. You can get a pricey aftermarket conversion for about $13,000 and make your Transit 4×4, but is it really worth it? That’s up to you.

There aren’t many great options for large vans being 4×4, considering the 4×4 Sprinter is known for having a lot of problems and no other vans offer it “factory”. If you think it’s extremely important, I recommend the aftermarket conversion on the Transit or going with a truck camper setup.

Hopefully, they will offer it one day from the factory at a lower price point. There are also only two or three places in the United States that can do this conversion, which makes it quite a lengthy waiting process.

Note: Ford now offers an AWD version of the Transit beginning with the 2020 model year.

4. Where Are All the High Roof Transits?!

Although I finally found the hub of all high roofs in Atlanta, where are all of the ones anywhere else?! There were maybe 3-5 in all of the Midwest. I found some on the West Coast, but they were priced insanely high. I don’t even remember if there were any on the East Coast.

If you want a low roof with a pop top, you will find 10 million in every corner and crevice of the world. But if you want to stand up in a high roof, you should just start the search in Georgia. I would’ve liked to be able to see the vans without having to risk flying across the country and not liking any of them. I Facetimed the dealership in order to check them out to ensure I wouldn’t be wasting my time and money with the flight. However, it was still a risk I would like to avoid.

That said, it’s kind of fun to make your first road trip driving in your new empty canvas back home with just a backpack and a sleeping bag.

Would I get a Transit Again?

Absolutely! I can’t tell you the different kind of mentality my current van allows me to have on the road. I sleep better, drive with ease, and don’t worry constantly the way I did in my last van.

Having extra space in my already-very-tiny home is so nice and knowing that I can take it to any mechanic gives me peace of mind. The parts are cheap, which means I don’t have to think about really costly repairs, while maintenance is a breeze and doesn’t cause me any concern. This is invaluable when your mode of transportation, home, and everything you have is all the same thing.

Although I would love to change a few things, they are nothing that would be a deal breaker for me compared to similar vans. My ideal “dream” van is the extended version of the Ford Transit with the 4×4 conversion. Maybe one day! Though I am perfectly content with my current home on the road.

Choosing your home on wheels is a big deal, but it’s also the decision that causes the most lag in time and procrastination. Do your research and then make the jump. Don’t overthink, overanalyze, or allow yourself to remain stagnant because you’re too scared of choosing the wrong one. You will learn as you go and improve things along the way.

Hello! I'm Sydney and I have lived on the road for over two years now. Being on my own and traveling in my van has pushed me so far out of my comfort zone that I have discovered parts and abilities of mine that I didn't know I had. My goal on the road is to lead by example that anyone can do this, and I will happily be the friend you may need to push you to get there and walk you through the process. Follow along on my Instagram @divineontheroad and my website divineontheroad.com. 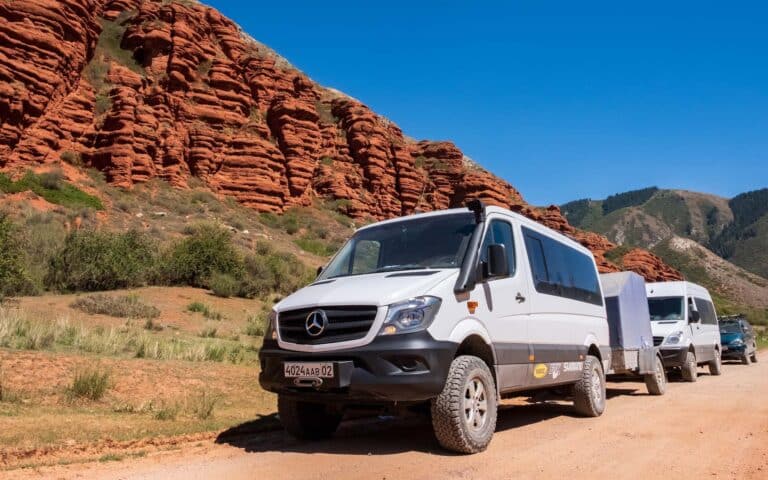 Off road vans can help you get to rugged campsites. But what vans are available with AWD or 4×4? Check out our complete list. 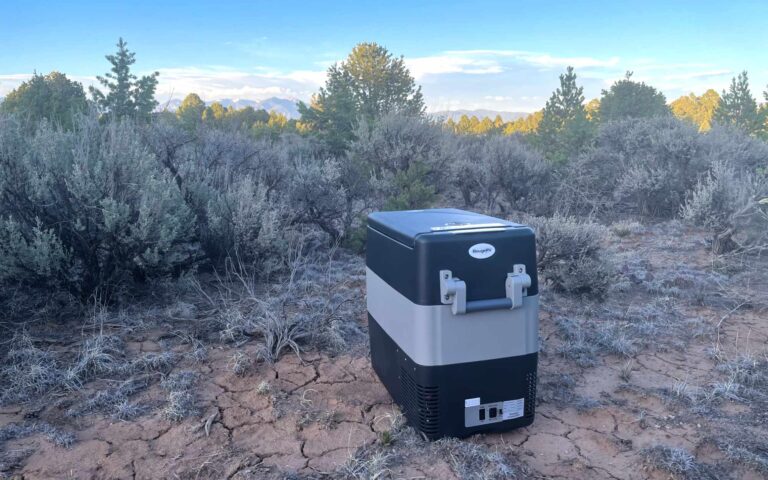 BougeRV offers a low-priced portable refrigerator. But how does it stack up, and can it handle full time vanlife? Read our hands on review to find out! 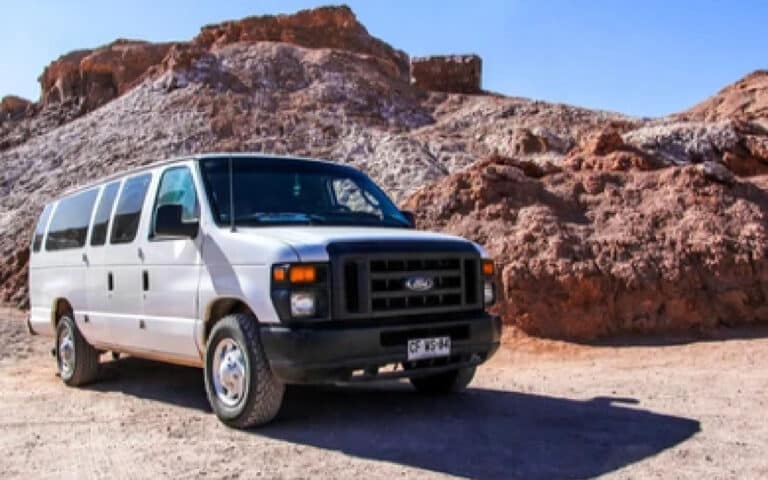 Before #vanlife was cool, people were living in Ford Econolines. These stunning Ford Econoline van conversions show that you don’t need a flashy new van. 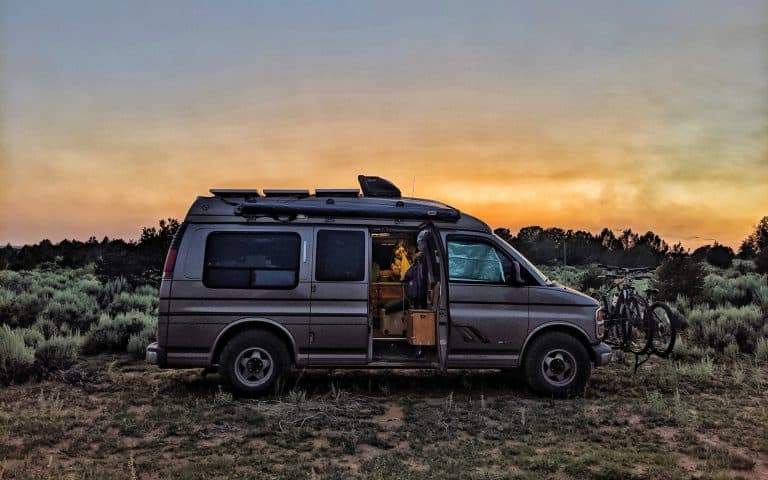 High top conversion vans are the perfect combination of interior space, low cost, and reliability. Does that make them the best vans for vanlife? 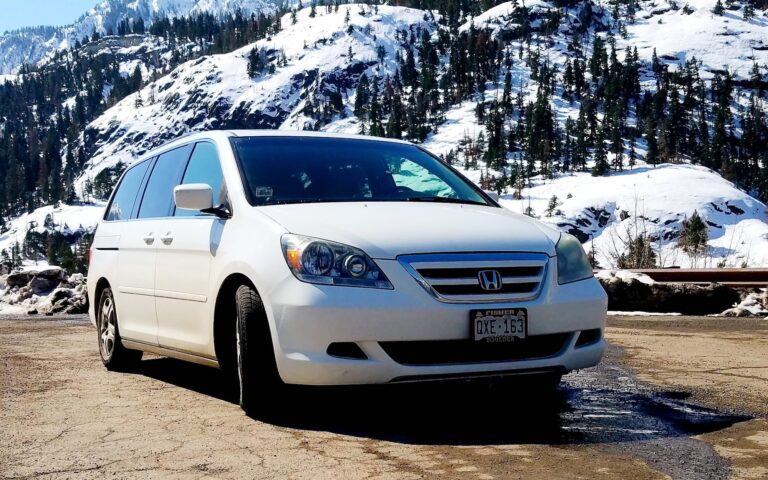 Are you looking to build a badass minivan for van life? The Honda Odyssey is a great vehicle for camper van conversions. Minivans like the Honda Odyssey are more compact and fuel-efficient than full size cargo vans, but they still have plenty of space to sleep inside and store your gear. The Odyssey is easy… 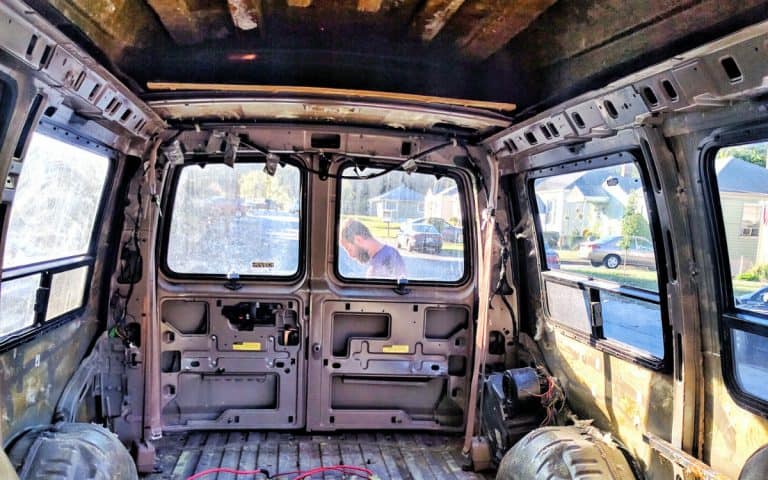 The first step in our van build was gutting our van and taking out the wheelchair lift. Find out how we did it and hear the tricks we learned along the way.